Between Magic and Medicine: Testing for Controlled Substances in Senegalese Wrestling 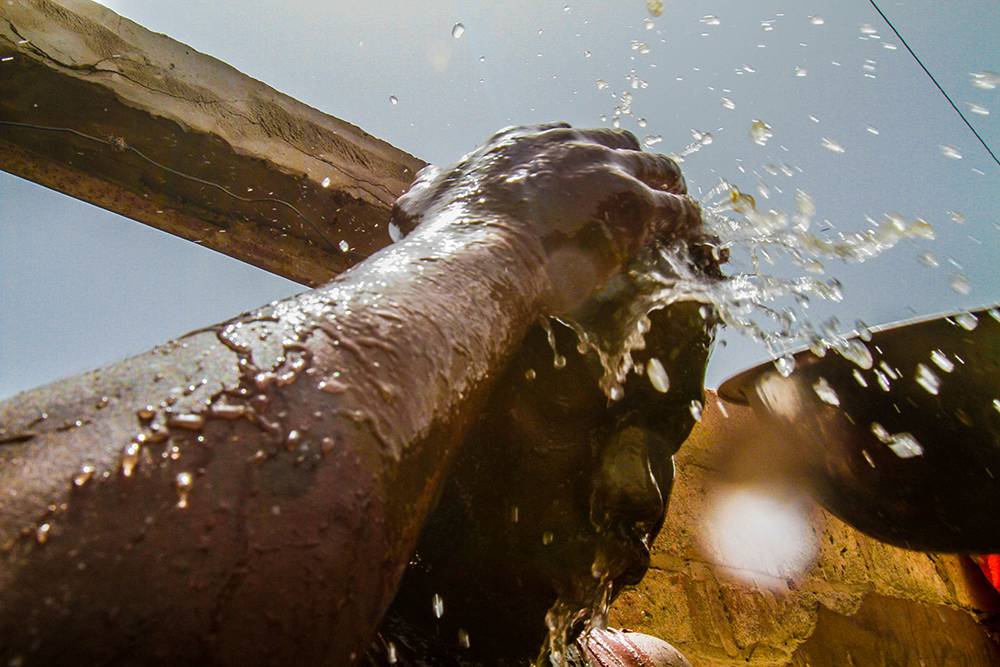 Since its introduction in 2004, WADA's World Anti-Doping Code has become the primary tool in the worldwide struggle against doping in sport. It has established a consistent and standardized set of doping regulations, offering organizations a means to control performance enhancing substance use – ostensibly guaranteeing fair competition and preserving the health of athletes. At the same time, The Code (as it is ominously referred to) represents a biomedicalized surveillance apparatus which regulates athletes' bodies according to normative categories such as cleanliness and naturalness. According to Kathryn Henne in her book Testing for Athletic Citizenship, the policing of athlete citizens is rooted in ideological notions of race, gender, sexuality and class and is refracted through a prism of western hegemonic assumptions, using legal and scientific technologies to determine new moral categories based on myths of purity and a 'level playing field'.

With these concerns in mind, I was interested to observe firsthand the introduction of substance testing in Senegalese wrestling, a sport which I studied closely over the course of a year's ethnographic fieldwork in Dakar. I was fortunate to be in the country when these tests were first implemented (other than in international competitions including Olympic wrestling and the African championships) and thus to follow ensuing debates among wrestlers, entourages, fans, and the media. In Senegal, lutte avec frappe (or wrestling with punches) surpasses football as the most popular sport, capturing the attention of the masses and promising fame and fortune to its stars. Despite its status as an intensely commercialized business, it draws its appeal from its explicit orientation towards tradition. Marabouts dispensing prayers, amulets (gris gris) and magical potions (saafara) are as – if not more – important to a wrestler as technical training. How would the introduction of WADA's code play out in a discipline which so unequivocally straddles the gulf between professional sport and traditional bodily practice? 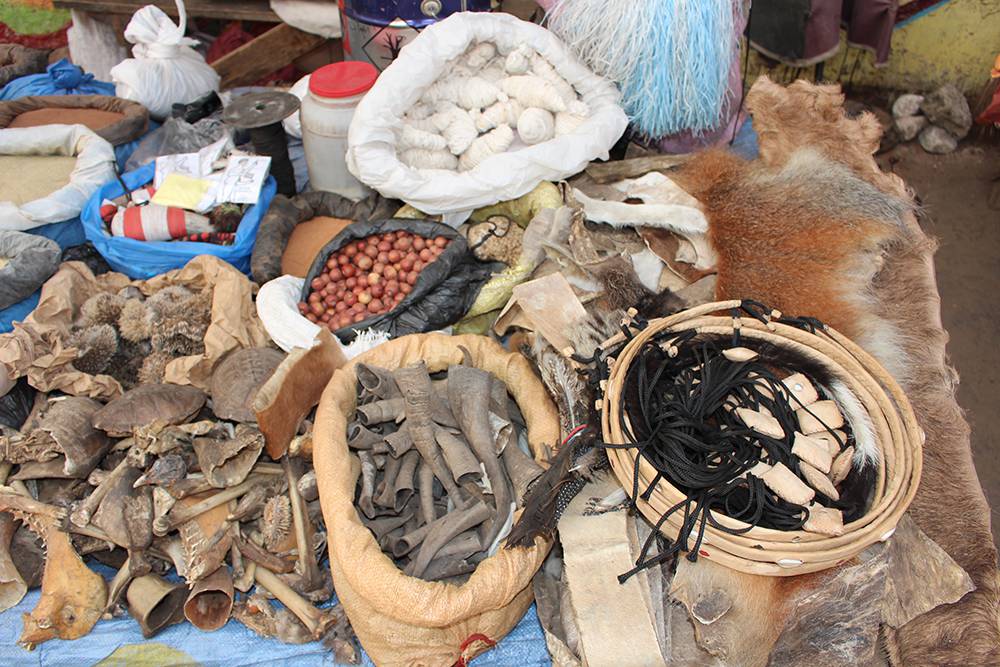 Illicit doping is a pressing issue in Senegal's wrestling arenas, and there is public consensus that some form of regulation is necessary. Many high profile wrestlers have returned from training spells abroad, in particular from the USA, with radically altered 'puffy' physiques, which invite speculations about banned substances. An open secret even among members of the national steering committee of Senegalese wrestling, the consumption of anabolic steroids to gain a competitive advantage over opponents raises legitimate concerns about the integrity of the competition and the health of the generally poorly informed athletes.

On May 31, 2015, the combat between rising stars Sa Thies and Lac Rose marked the beginning of a new era. Following Sa Thies' emphatic victory, both wrestlers had to report to the Organisation National Antidopage Sportif, a government body formed in 2011 and a signatory of The Code, for a urine test. Lac Rose, the defeated contender, was able to provide the 90cl of urine required. In contrast, Sa Thies could only provide 50cl and left without fulfilling his anti-doping obligations. 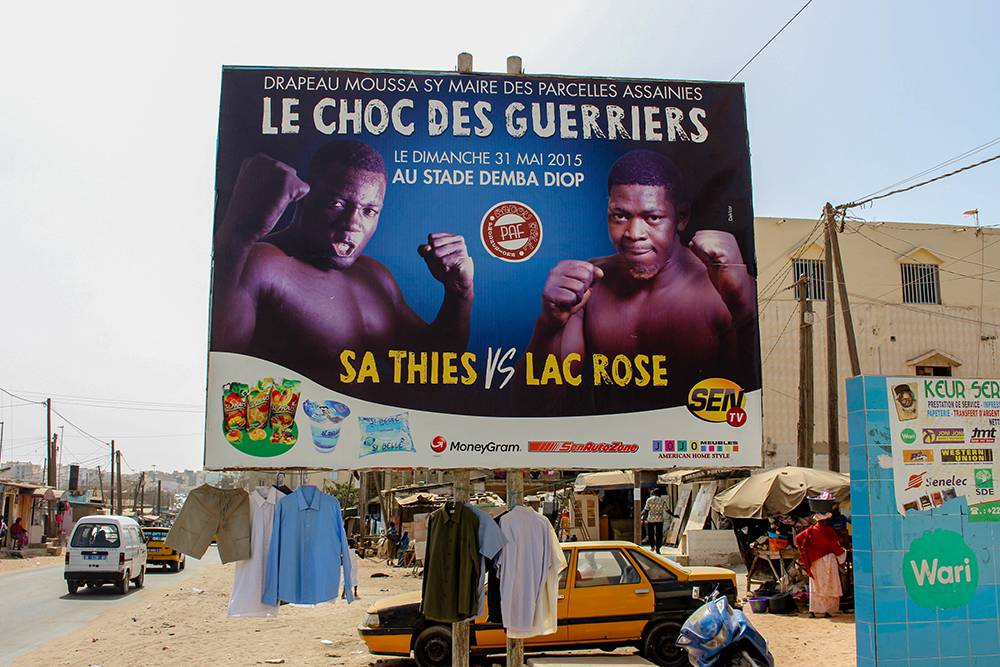 What went wrong? In a conversation with the regulatory body, a member of Sa Thies' entourage explained that it is difficult to urinate after a combat. This seems to be in line with biomedical thinking: dehydration prevented the wrestler from providing the full sample. However, the wrestler's companion subsequently explained Sa Thies' inability to urinate in mystical-spiritual terms: "He did his best, but he was bothered by the gris gris [amulets] contained in his nguimb [loincloth]. There are certain things which his mother alone is authorized to remove."

Facing the possibility of a three-year ban, Sa Thies provided the necessary sample over the next few days and tested negative – as indeed have all wrestlers since testing was introduced. Nonetheless, the incident draws attention to the failure of the scientific-rational worldview espoused by WADA – and by extension its signatory bodies –to accommodate alternative beliefs and practices. The fact that the Senegalese regulatory authority allowed Sa Thies to repeat the test at a later stage demonstrates their understanding that WADA's global regime must accommodate to the particular conditions of Senegalese wrestling. 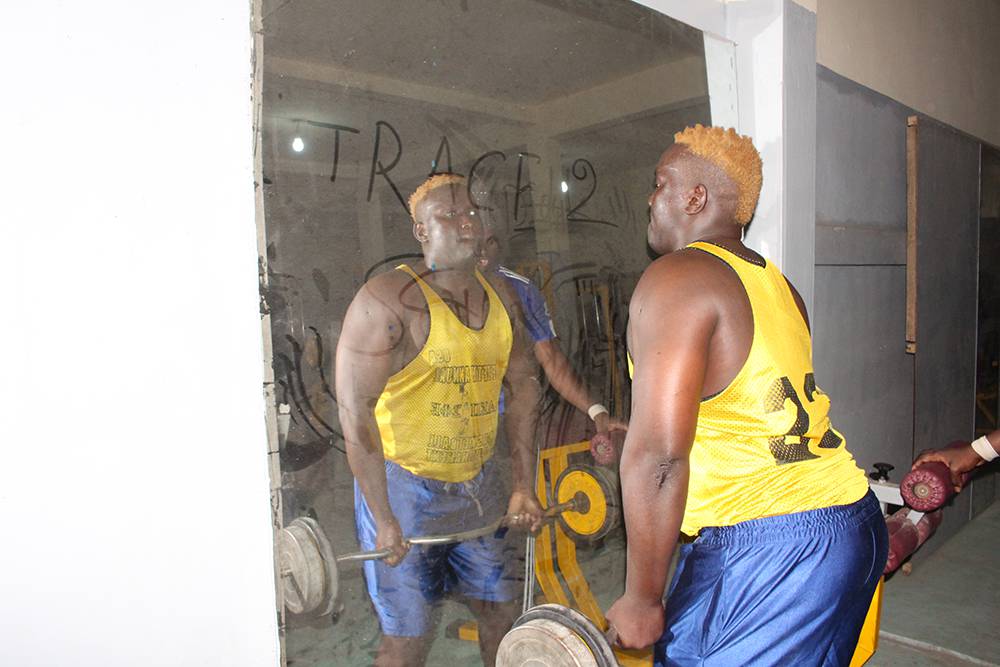 In the Senegalese arena, success and failure are contingent upon varied factors, including technical prowess, physical strength, and mystical preparation. Yet wrestling does not belong to an alternative realm of existence; my interlocutors occasionally reminded me that xarfaxufa – mystical practices –was not that different from Western sports psychology. It is however incontestable that Senegalese wrestling is incorporated into a magico-religious cosmology which extends far beyond the boundaries of sport into the realm of coosan – a Wolof term which roughly translates as 'cultural heritage'. And just as wrestling combines aspects of performance-oriented sport with performances of mystical or occult power, the spiritual world (or the 'world of the dead') in many African societies intrudes upon the world of the living.

During my fieldwork, wrestlers would often explain defeat by invoking mystical intervention. One interlocutor memorably told me that his opponent made himself invisible in order to achieve victory; other stories I heard alleged that opponents made their bodies impervious to punches, increased their size, or paralyzed or weakened their rivals. A wrestler thus had to invest time and money in the maraboutic services required to initiate and repel 'mystical warfare'. 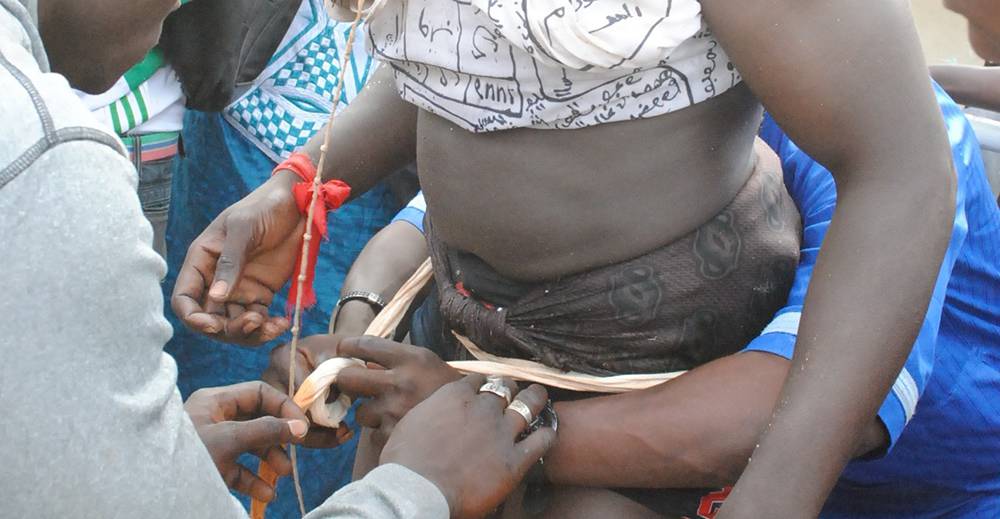 Senegalese wrestling is guided by a regime of spiritual-mystical performance enhancement which is not always compatible with the biomedical regime of anti-doping regulation. Ideologically, the latter stems from a post-Cartesian understanding of the physical and the subjective as separate realms. Maraboutic techniques do not follow the same logic – leading to situations where the simple act of pissing into a cup may have far-reaching consequences.

To acknowledge this is not to oppose the regulation of doping in Senegalese wrestling or in any other sport for that matter. Substance regulation is necessary, if only to protect the health of athletes, many of who are vulnerable to exploitation. Wrestling is not incompatible with biomedical testing. However, doping tests in wrestling serve to illustrate the ideologies and assumptions which underpin WADA's mission and expose the historical conditions which inform them. While anti-doping regulations are often presented as being objective and scientific, they are the product of the convergence of global sports governance and neoliberal surveillance technologies.

In the wake of his combat, Sa Thies himself succinctly got to the crux of the matter: "We need to stop trying to modernize the wrestling arena too much. These doping tests won't work in Senegalese wrestling, it isn't a white man's sport [ce n'est pas une affaire de blanc]. They should leave us in peace with our gris gris [amulets], our holy water, our nguimb [loincloth] and the other mystical items which form the special character of our sport. Wrestlers don't have time to dope."